The Day I Was Born. My mother imagined she’d have only a baby and she was extremly surprised to see that she had two. I can’t tell you which one it’s me. 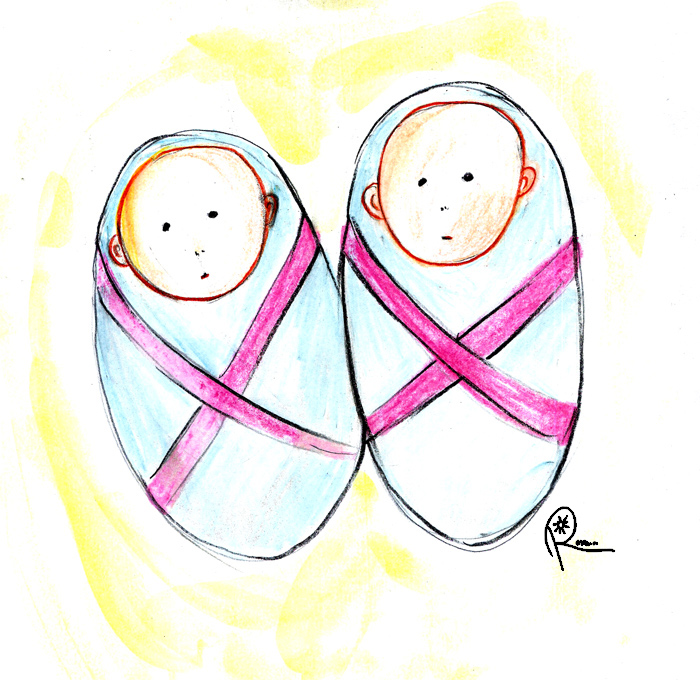 The Day We Discovered That We Can Draw. Our mother was out of lipstick the next day. 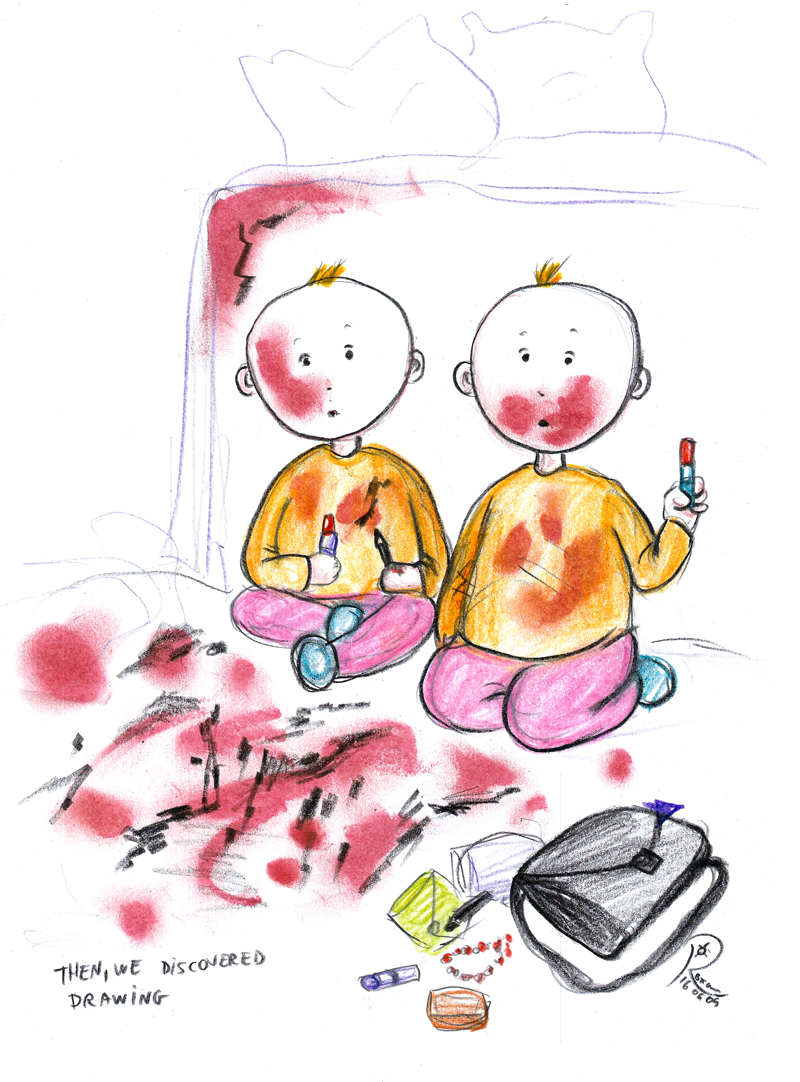 Exercising  Drawing. So we found some other drawing “tools” like blacking. 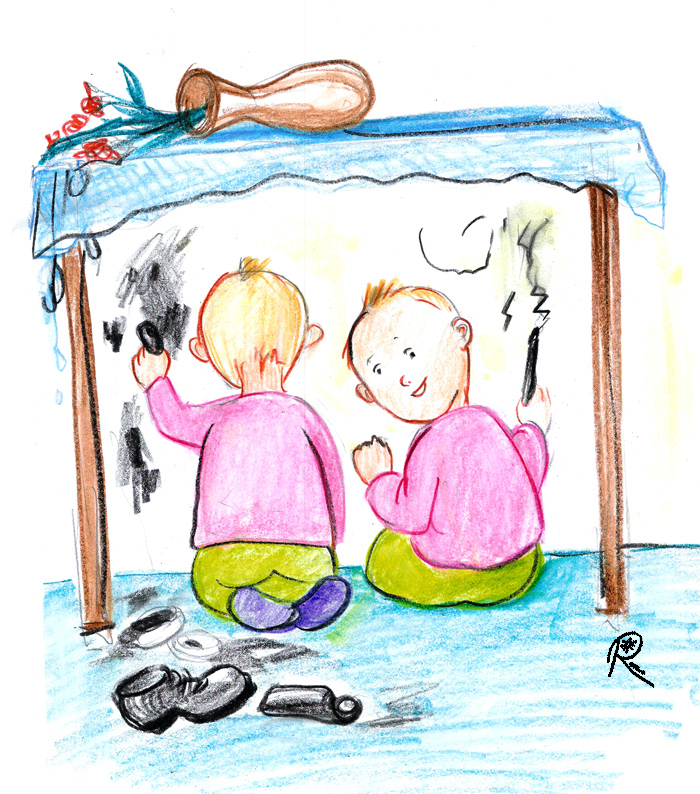 Drawing and drawing. We used to draw instead of learning math and other subjects. 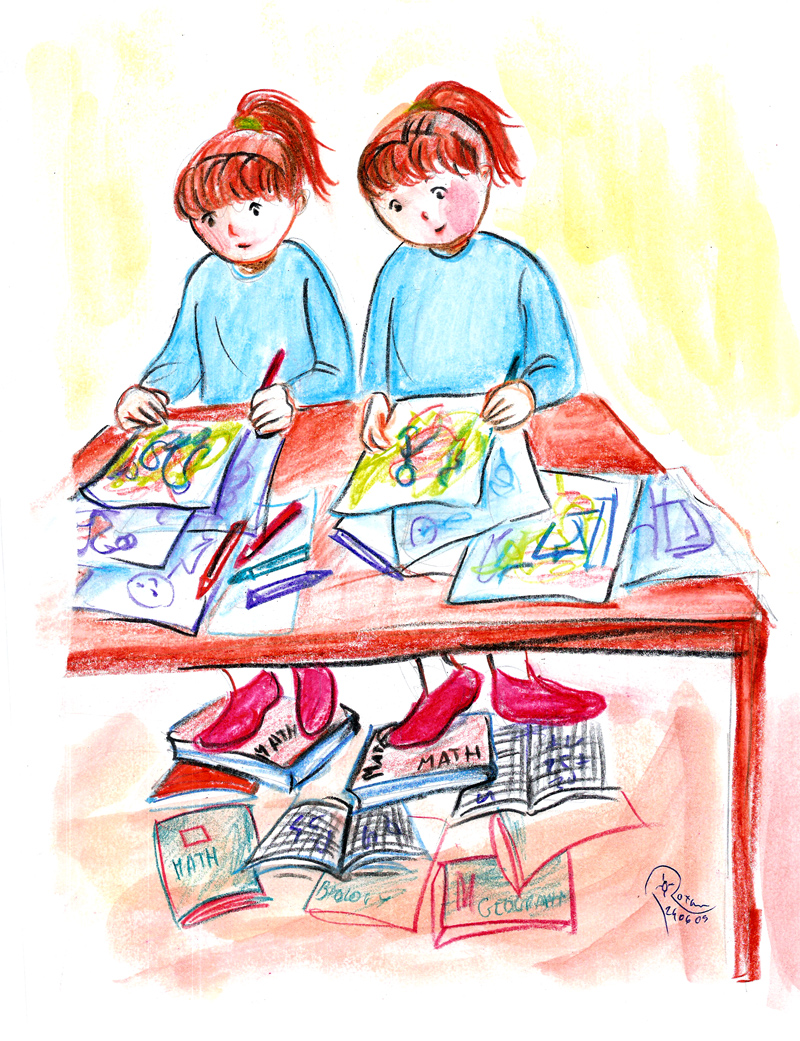 The  Teacher. One day, our new art teacher saw our drawings. She said we were very talented and she wanted to talk to our parents. 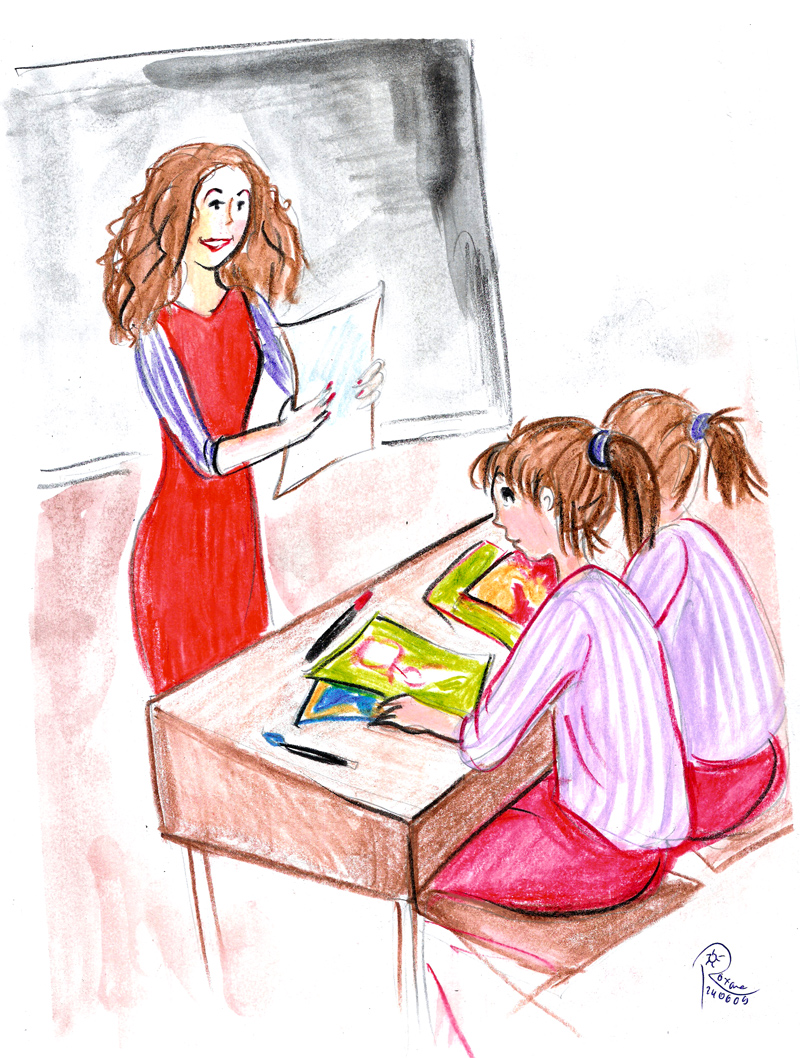 The Decision. The teacher told our parents that we had to learn art at the High School of Art. They accepted, though they wanted to make us economists or ballerinas. 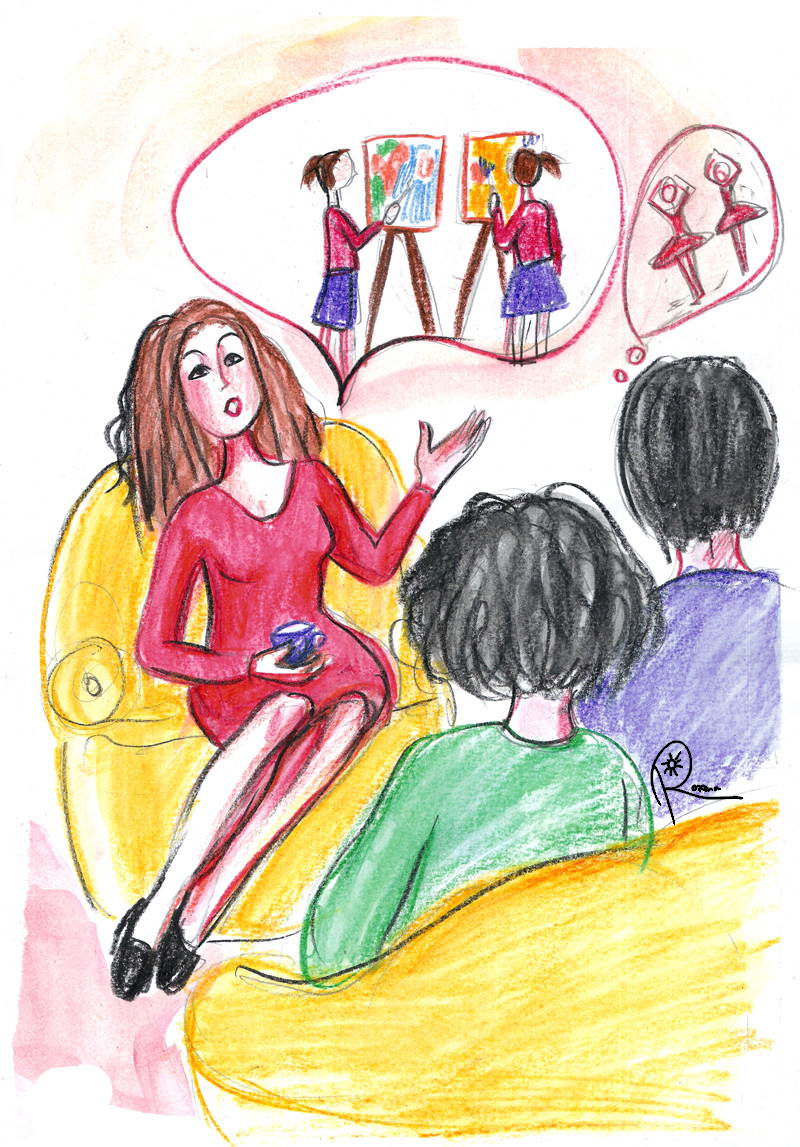 My Rebellious Years. So I became a typical rebellious artist. I went to the High School of Art and then, to the University of Art and Design. I was passionate about my work. 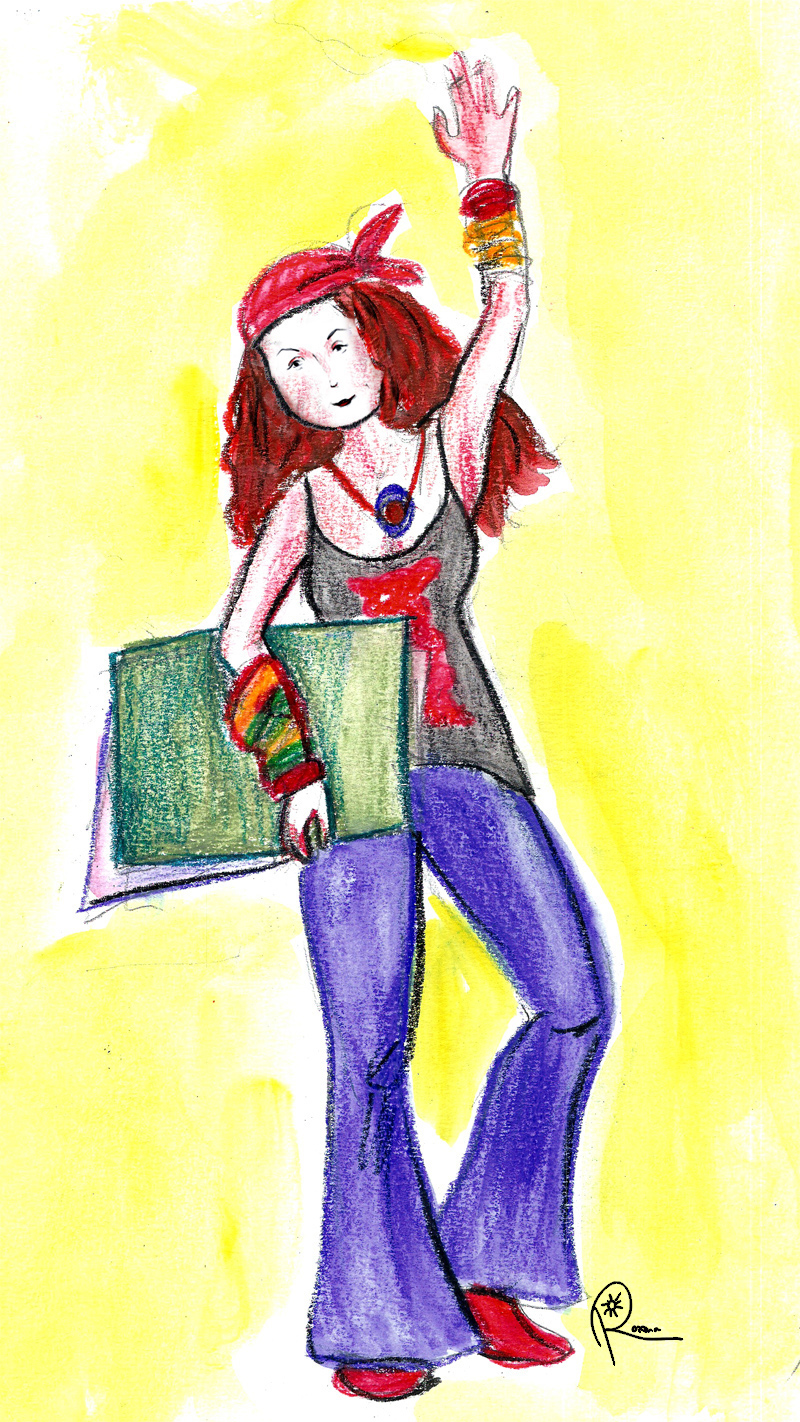 University of Art and Design. I’ve learned many things during the design classes. For instance, once I build a chair that even now can be found in my room.

Party Time! I loved to dance and  hang out with my friends at the parties. 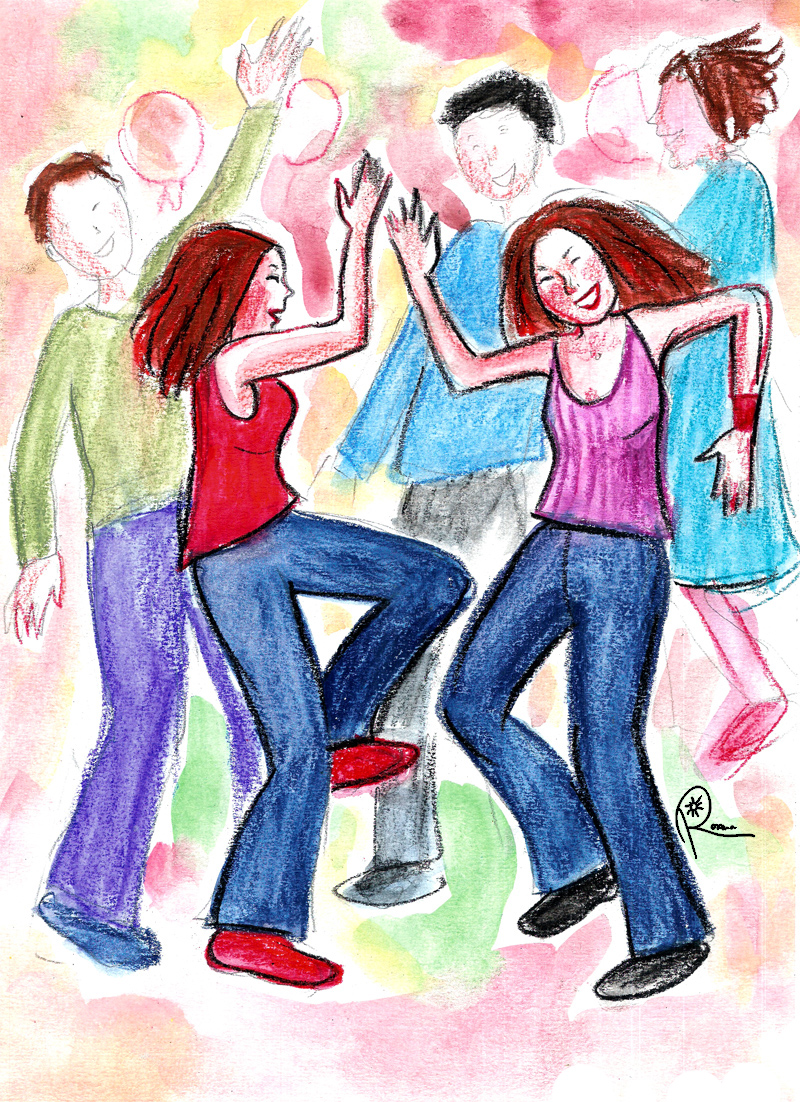 The Fight. One day at the club, there was a fight between two boys. The one with the black hair was so handsome… 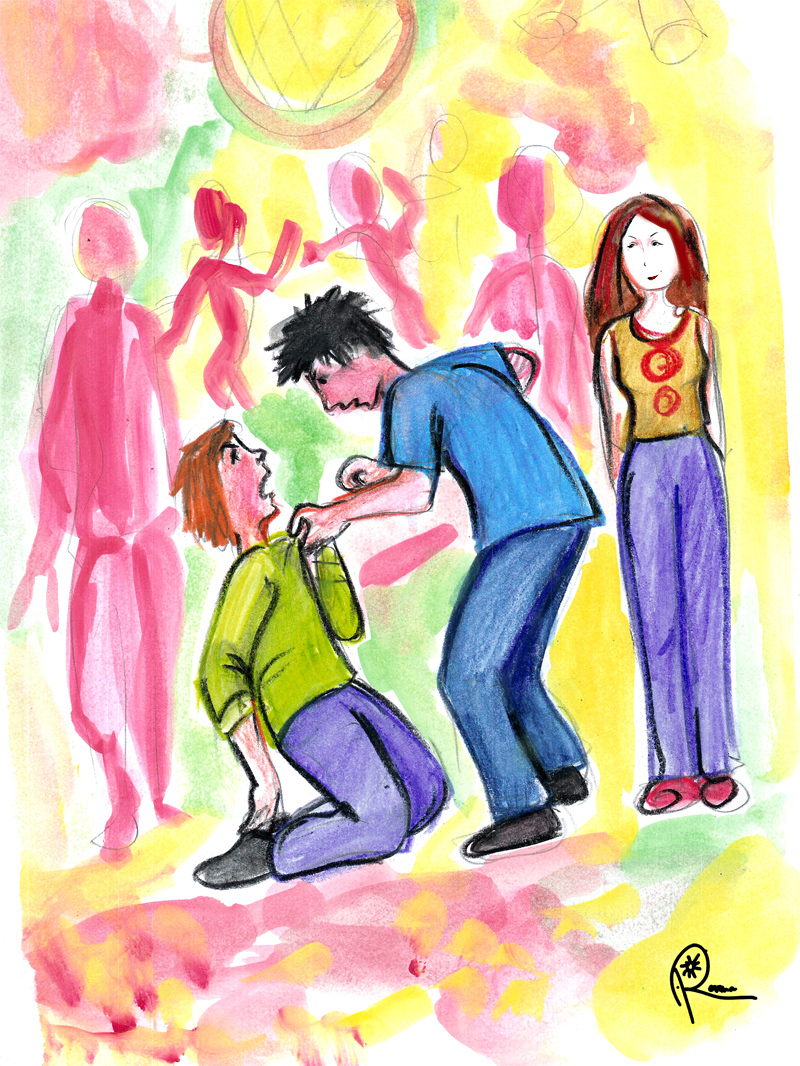 The Conqueror. After that fight, I gave him my phone number, and he became my boyfriend. 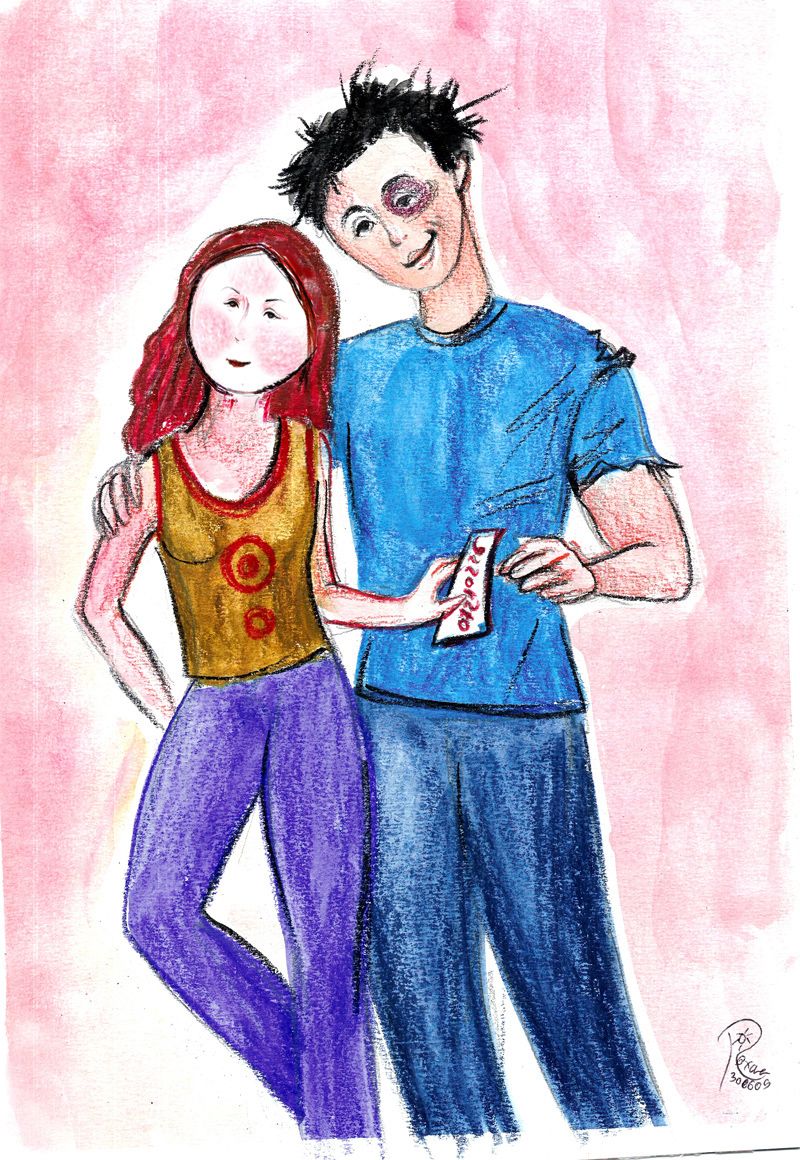 Selling T-shirts. During some festivals, we used to sell painted T-shirts and handmade jewelry. It was a lot of fun. 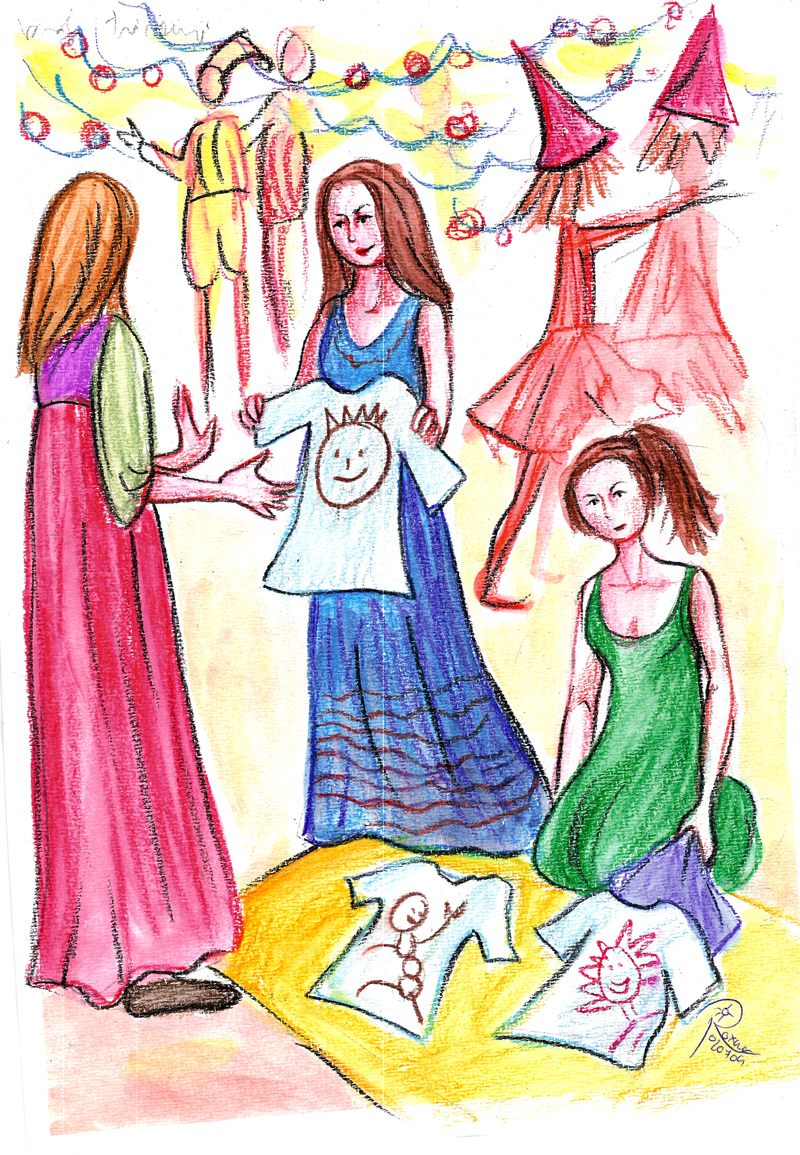 Restoring Paintings. Sometimes, I was restoring old paintings and art objects. It was a relaxing thing to do for some extra money. 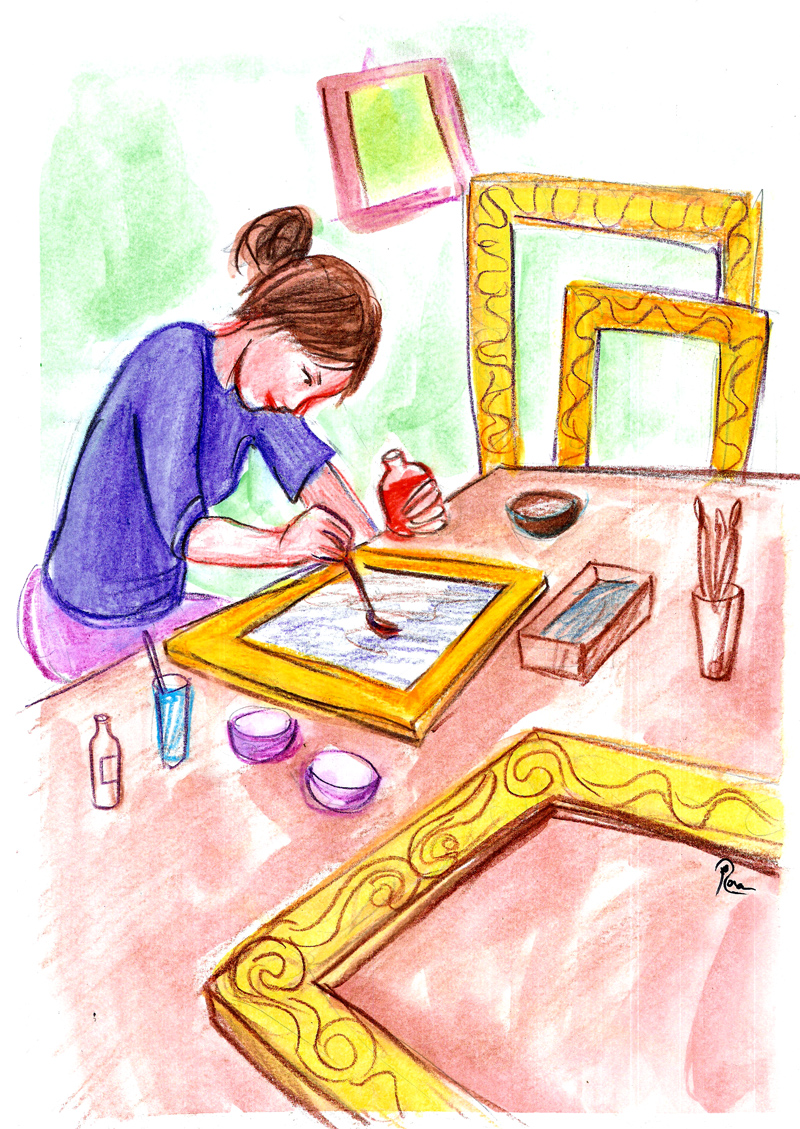 Selling Paintings. Also, I made and I sold many paintings, especially abstract and nudes. 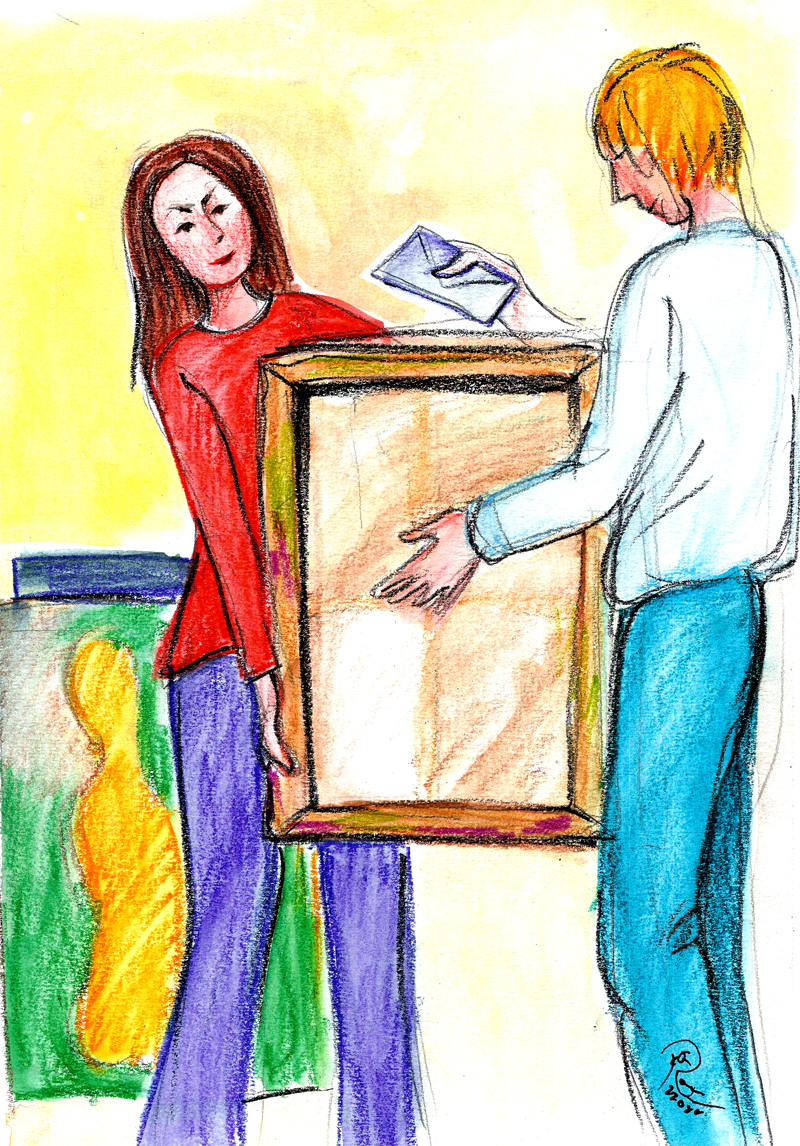 Started Working. After graduating University, I started working full time in advertising. That’s when I abandoned my colored pencils. 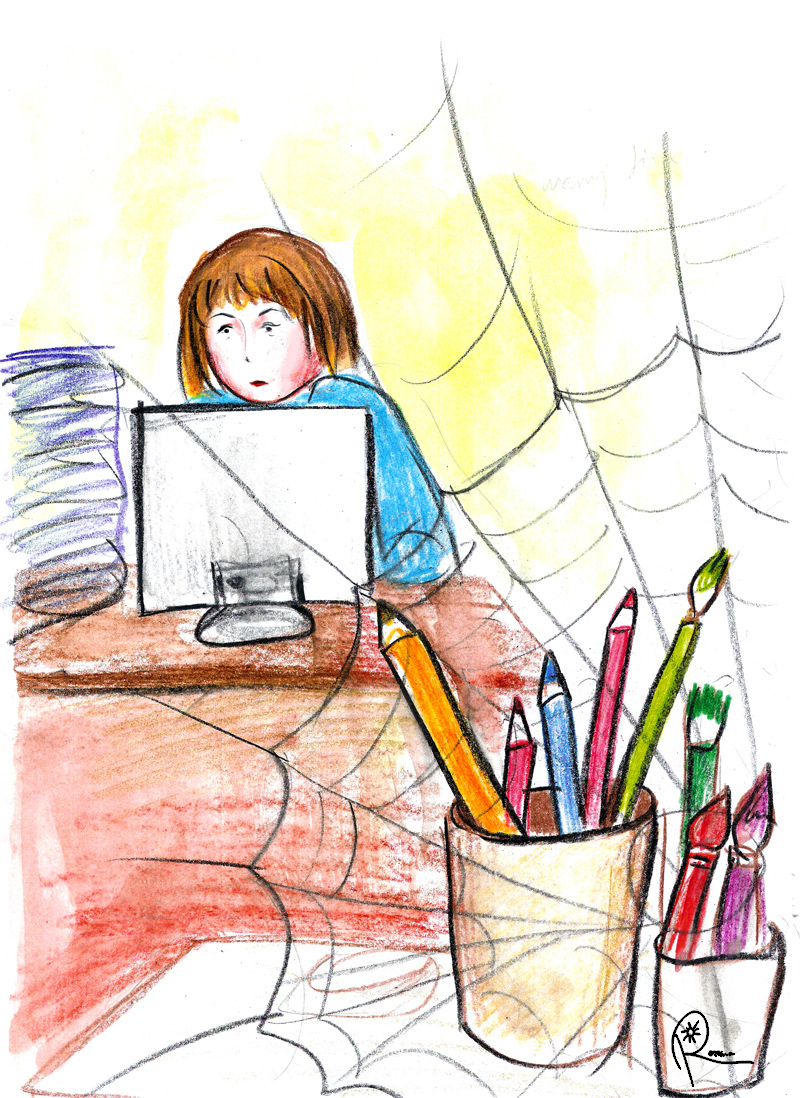 Working  Hard. All I did was work. My life became nothing but work and I felt a stranger to myself. 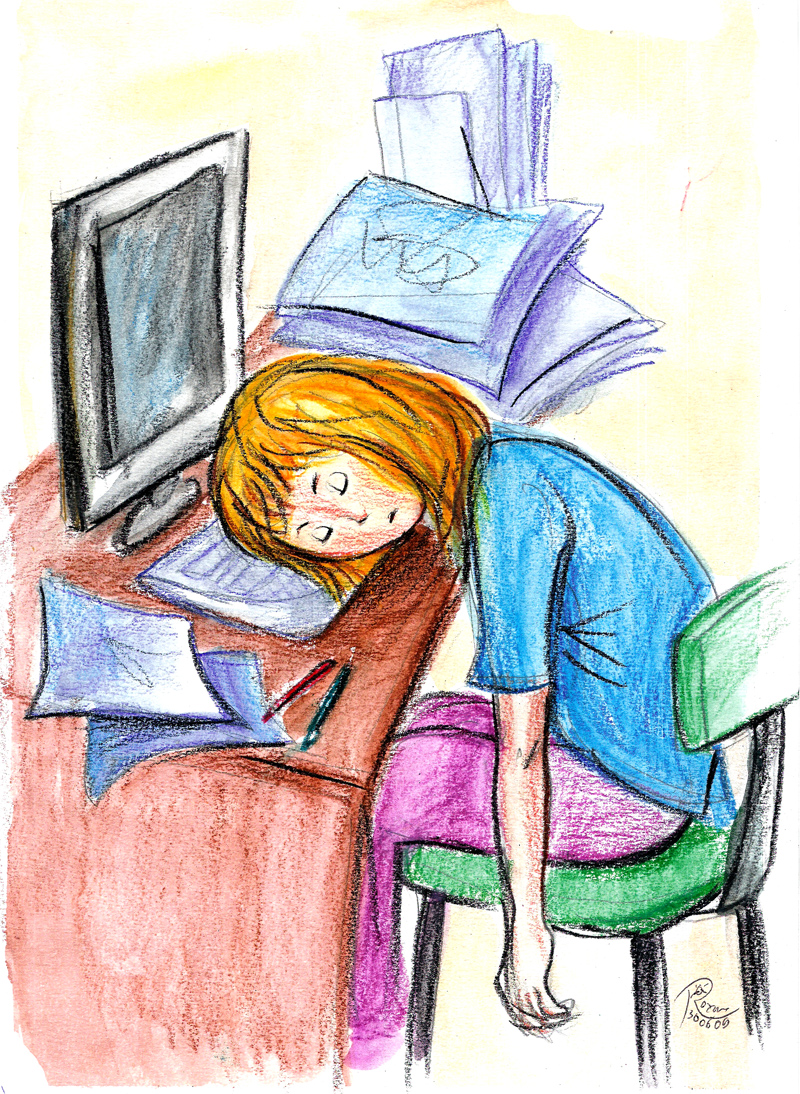 At the Barber’s Shop. One day I accompanied my husband to the barbershop because he wanted to cut his hair. 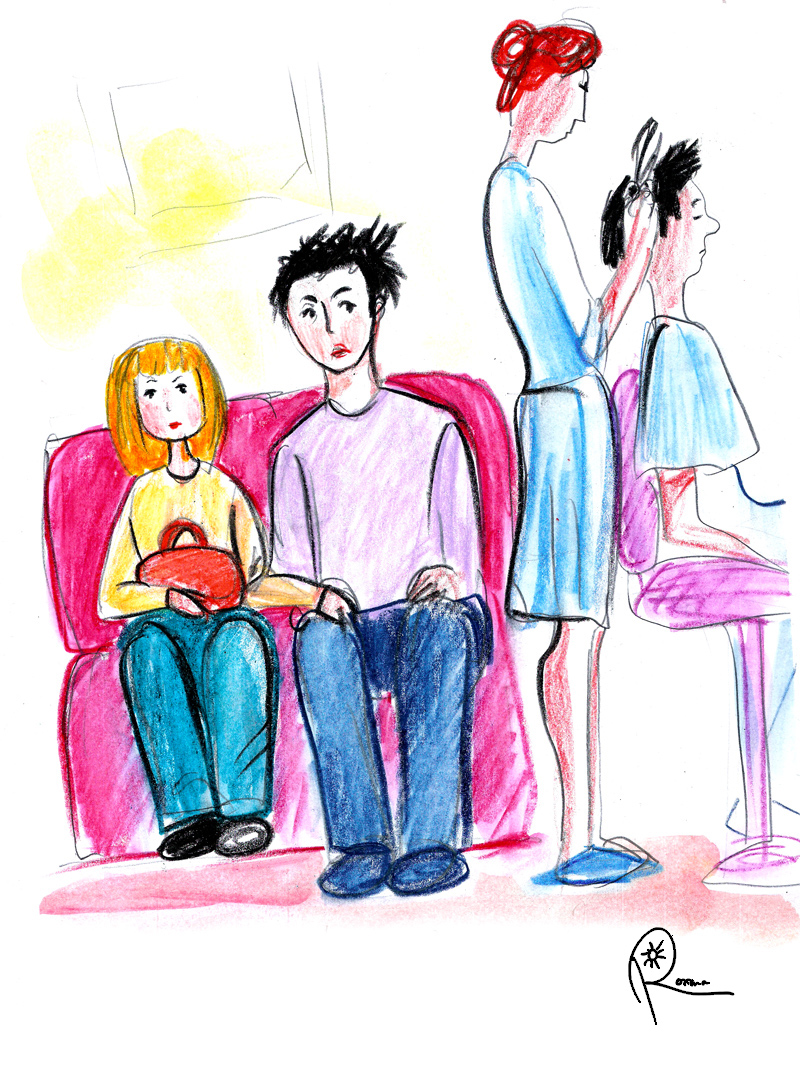 The Boy. While I was waiting for him, a little boy came in. He had a hair-antenna on the top of his head and his schoolmates have been mocking him. I chuckled and I wanted to draw that so badly! 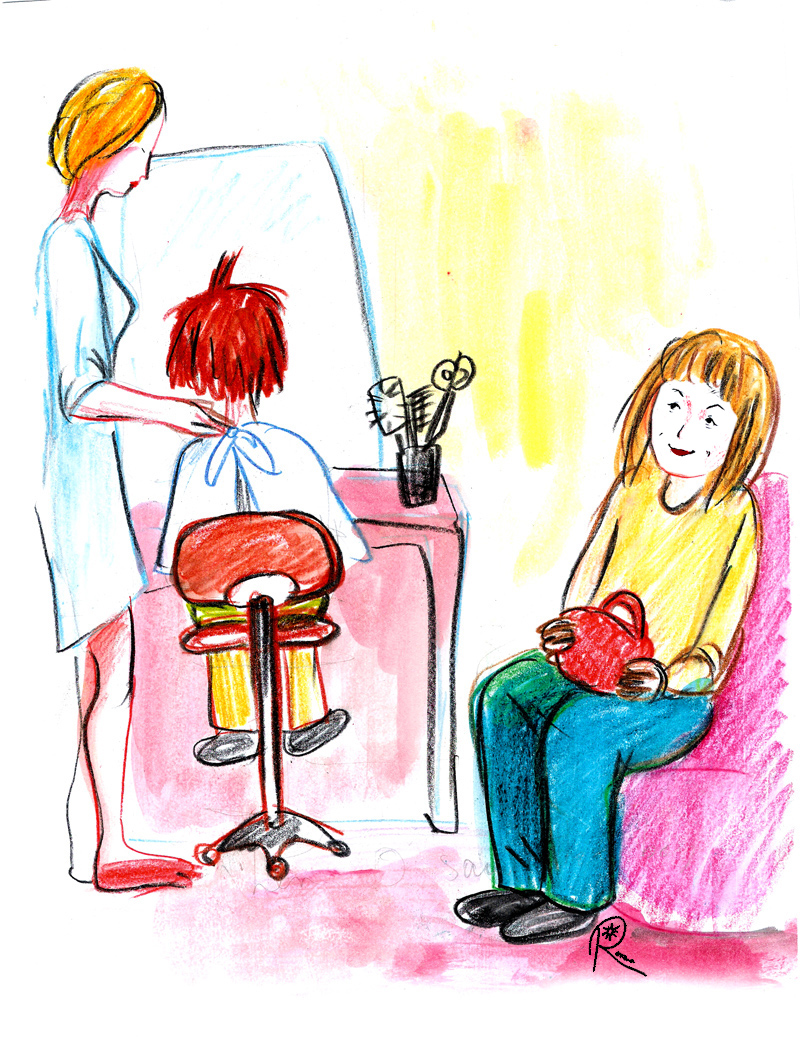 That was the day I started this blog, with Cutting  Of  The Antenna.

This work by Roxana Soare is licensed under a Creative Commons Attribution-Noncommercial-No Derivative Works 3.0 Romania License.